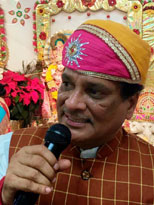 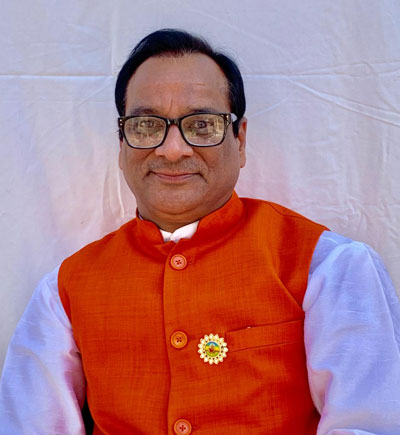 Pandit Krishna Kumar Pandey hails from a family of Pandits from Northern India. He is the third generation Priest/ a Spiritual & Religious leader in his family dynasty. He is an Acharya in Vedic Religion and Astrology from Sanskrit University Varanasi, India. He has M.A. in Sanskrit from Allahabad University, India. He is a Visharad in Dharma Shashtra from Hindi Vishwa Vidyalaya Prayag (Allahabad) India.
Mahatma Gandhi Samman by NRI Welfare Society of India in Jaipur , India in 2015. See the Award Slide Show

Panditji has been giving his services in USA as a Priest/ Spiritual & Religious leader since November 2003. He has deep and extensive knowledge of Karma Kand (religious rituals), Astrology, Vedas, Puranas, Srimad Bhagwat Gita, Ramayana and Upanishads. Currently he is providing his noble service to the community of Bay Area, California, at the Shiv Durga Temple of Bay Area. He is the founder, president and the main Acharya of the Shiv Durga Temple located at 1170 Kern Ave, Sunnyvale, CA 94085.
From November 2003 through May 2006, he was a religious guide at Hindu Temple and Cultural Center in Des Moines, Iowa. Panditji was the first vedic and hindu Pandit at Iowa State and was honoured to perform a prayer ceremony at Iowa Senate Legislative Assembly. He established an interfaith dialogue within the community and taught course on Hindu Vedic Religion at the Iowa State.

Acharyaji was taught by Shri Ram Chandra Tripathi of Dhaumy Ashram in Allahabad under guidance of late Shri Ashok Ji Singhal (Former President of Vishwa Hindu Parishad) during his twelve years studies in Allahabad and Varanasi.
In the year 1985, after completion of his studies, Acharyaji was appointed as Junior Commission Officer ( Religious Teacher – Dharma Guru ) for Indian Army and got commission letter from the President of India, Shri R. Venkata Raman, to serve as a Pandit for the troops officers, their families and relatives. Acharyaji gave his service to Indian Army for 18 years and received three medals in recognition of his outstanding service.
Acharyaji also served as a Pandit for the world famous Temple of Shri mata vaishovdevi srine board in Jammu and Kashmir, India, where on an average more than 100,000 devotees pay their tribute every month. Acharya ji oversaw and directed the project for renovating the base temple, First Darshan of Mata Vaishno- Nagrota, Jammu and Kashmir. 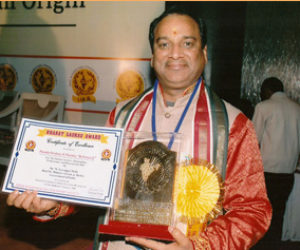 Pandit Pandey was awarded the Bharat Gaurav Award (Pride of India Award) for his meritorious religious and social service. 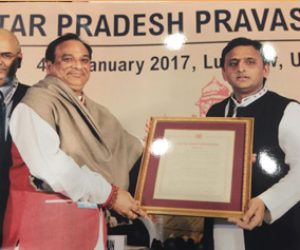 2017 by the then Chief Minister of U P Mr. Akhilesh Yadav. 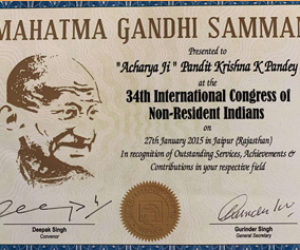 by NRI Welfare Society of India in Jaipur , India in 2015. 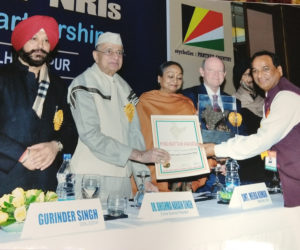 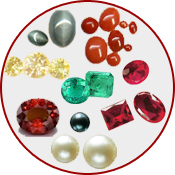 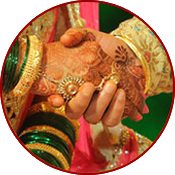 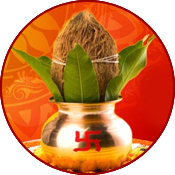 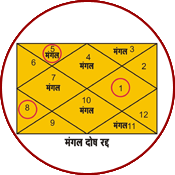 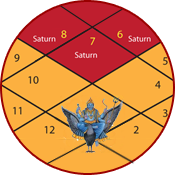